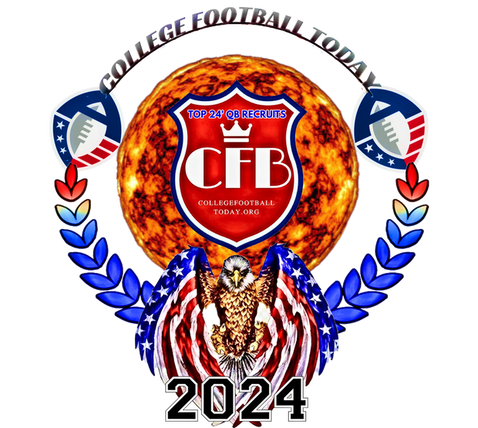 Scout Trout & ESPN Plus 2024 top QB recruit rankings features many of the top ranked class of 2024 quarterback recruits in the world of College Football Today RokFin.

Body Weight Transitioning (BWT) - top 2024 QB recruit base, core engagement and arm angle are aligned to deliver the football in a kinetically synchronized motion, while working in unison to create maximum torque upon release of the football. (.01-10.00)
(TM S.T.E.P sub-algorithmic QB variable)

Dart Precision (DP) - How quickly and accurately top 2024 QB recruit can get the rid of the football from the pocket. Does top 2024 QB recruit consistently hit his designated receiving targets in stride, while also being able to direct his intended target to the open part of the field, if needed? (.01-10.00)

Timing & Catch-Ability (TC) - Does top 2024 QB recruit demonstrate continuity with his intended receiving targets and is the football delivered in a favorable position for receiver to quickly turn up the field? When operating out of a quick catch & release college style offensive system, does the flight path of the football facilitate putting your intended target in an advantageous position to produce yards after the catch? (0.01-10.00)
(DP S.T.E.P sub-algorithmic QB equation)

Air Mail (AM) - The overall arm strength of top 2024 QB recruit and the ability to hurl the deep ball with either loft, or on a rope into tightly knit creases in the imaginary defense.
(EAT S.T.E.P sub-algorithmic QB variable)

Pocket Presence (PP) - Can top 2024 QB recruit step up in the pocket under duress and make accurate throws downfield? Can he evade a collapsing pocket and still create positive or game-changing plays down field? (0.01-10.00)

Information Processing (IP) - How quickly top 2024 QB recruit can work through a 1- 5 progression, while reading the defense and delivering the football to the proper location. Does top 2024 QB recruit display the characteristics needed to manipulate the defense out of position to create an open receiving target down the field? (0.01-10.00)

Consistent Leadership (CL) - Consistent leadership & production has been developed over the years through victories, eye-popping statistics and impeccable timing with receiving targets. top 2024 QB recruit is highly regarded as a Student-Athlete by coaching staff, community, teammates and peers. (0.01-10.00)

$19.99 - $25.49
This Scout Trout & College Football Today Top 2024 FB Recruit t-shirt is everything you've dreamed of and more. It feels soft and lightweight, with the right amount of stretch. It's comfortable and flattering for both men and women.

$45.50 - $50.00
Everyone needs a cozy go-to Scout Trout & College Football Today Top 2024 FB Recruit hoodie to curl up in, so go for one that's soft, smooth, and stylish. It's the perfect choice for cooler evenings!

$39.00 - $43.00
A good Scout Trout & College Football Today Top 2024 FB Recruit long-sleeved shirt is a men's fashion must-have. Add this wardrobe essential to your collection, and have a great to-go option for a casual look, or a relaxed business outfit.

$77.00
This College Football Today duffel bag is the perfect companion for every occasion—take it with you when traveling, running daily errands, or going to the gym. The bag is spacious and will keep all your stuff neat and organized with its multiple pockets, including one with a zipper for your most valuable possessions. Adjust the padded shoulder strap when the bag’s helping you carry heavier things, and continue your daily run without a worry!

$16.00 - $20.50
Whether you're drinking your morning coffee, evening tea, or something in between – this College Football Today coffee mug's for you! It's sturdy and glossy with a vivid print that'll withstand the microwave and dishwasher.

$16.99 - $21.49
You've now found the staple Scout Trout Liberty or Death t-shirt of your wardrobe. It's made of 100% ring-spun cotton and is soft and comfy. The double stitching on the neckline and sleeves add more durability to what is sure to be a favorite!

• Pro-Scouting Report​ conducted by Scout Trout Elite LLC that is delivered to thousands of College coaches via email and updates throughout the year delivered through Google contact sheets.

• Individual email blast from our web server to the world of College Football Today and news coverage on CollegeFootballNow.Org.

• Profile on Pro Scouting Database with academics, stats, combine numbers, game highlights and scouting notes for one year or until signing day. Updated year around with new scouting & recruiting data that is needed to enhance each top football recruits CFB recruitment process.

Good for one year or until national signing day

Create a Scout Trout & ESPN Plus 2024 football recruiting profile by clicking the image below! 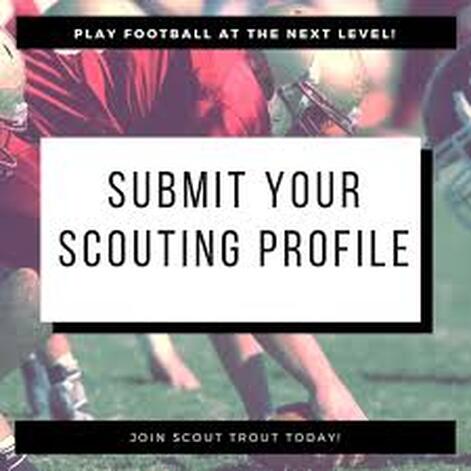