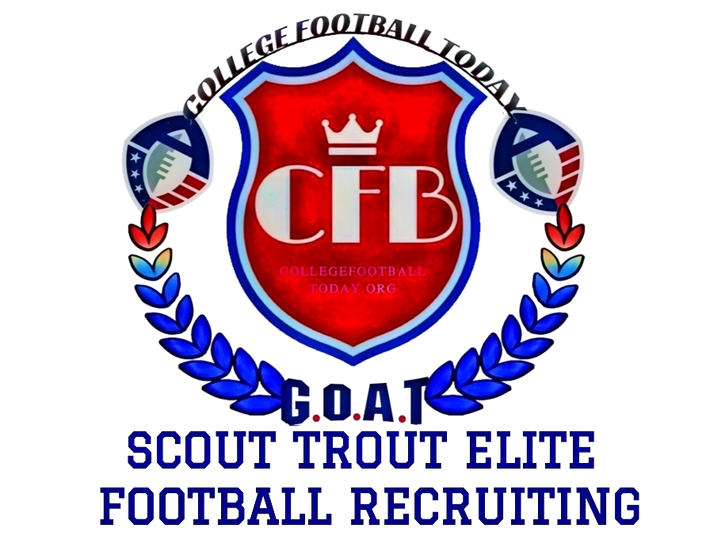 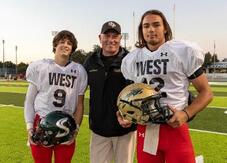 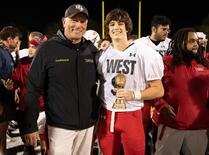 Coach Schenk has been one of the top American football coaches for thirty years, if you include his playing days he has been involved in football his entire life. He has coached over 500 athletes to the next level in numerous sports including past Super Bowl winners! He started his football career as the son and ballboy on the sideline of one of the winningest youth football coaches in NE Ohio history.  He then began his playing career as most football players do in the youth leagues with a team called the Estabrook Grahams of Cleveland, Ohio. A pee wee team who's mascot was named after football great Otto Graham.  He continued his playing career at Eastwood Junior and Senior High schools going undefeated in three of those years including his senior season 10-0 under Fred Koester. After a very successful high school career he started his college days playing outside linebacker at Baldwin-Wallace College under Hall of Fame Coach Lee Tressel.

After transferring to the University of Central Florida midway through his freshmen year, Schenk was asked to move to the offensive side of the ball.  He played every skill position on offense in his three seasons at UCF...he also excelled on special teams. Even though Schenk had three different head coaches (Don Jonas, Sam Weir, Lou Saban) in his time at UCF and numerous position coaching changes he played in every game at some capacity and even garnered offensive MVP honors.  While he played for the then 'fighting knights' there is one trait that Coach Schenk learned more than any other perseverance!

​All-American Bowl Head Coach Ed Schenk then signed his first professional contract with the Jacksonville Bulls of the USFL after turning down the Cleveland Browns of the NFL. He also has had invitations from other USFL and CFL teams (Tampa Bay Bandits and Toronto Argonauts).  Coach Schenk finished his playing career with the Minnesota Vikings, playing TE, WR, LS and gunner. Coach Schenk has coached or played for some of the greatest minds in the sport of American football...Such offensive minded geniuses as Lee Tressel, Jon Gruden, Mike Kruczek, Lindy Infante, Lou Saban & Bob Schnelker. His Special teams knowledge comes from playing for such special teams gurus as Lewis 'Bugsy' Engelbert and Tom Batta. He also has played under Pete Carroll, Jerry Burns, & Bill Parcels just to name a few.

His coaching experience ranges all the way from PAL Police Athletic League football which he did in his 20's to give back to the game he loved all the way up to and through Semi-Pro Levels, the majority of his time however has been spent on the sidelines of various varsity high school programs...Starting at one of Pinellas County's most traditional and storied football programs the Tarpon Springs High School Spongers. He has also coached at Anclote, Mitchell, Carrollwood Day School, Middleton, Citrus Park Christian School and Tampa Bay Christian Academy. Coach Schenk works numerous camps and had assisted Jameis Winston, Mike Evans, OJ Howard, and Frank ‘Yo’ Murphy at their off season and summer camps!

He has coached many ALL-AMERICAN, ALL-STATE, ALL COUNTY and ALL-STAR teams, most recently the Florida Georgia Senior and underclassmen Showcases. He has also coached the Hillsborough County ALL-STAR game at Raymond James Stadium...His duties have included coaching every position on the offensive side of the ball, especially the skill positions and special teams.

As Coach Schenk's life has evolved more and more of his past players have now joined the coaching fraternity, Jeremy Frioud (Northeast High), Mike Gruttadauria (IMG Academy) and Daniel Gigantelli (Fivay) just to name a few.

Coach Schenk has also been the the head coach of the USMC leadership academy in Florida the past two seasons heading up a team of 9 football position specific coaches and 9 drill Sargeant’s teaching leadership skills to over 200 athletes!

Coach Schenk's Love for football is only exceeded by His LOVE for Jesus Christ his LORD and Savior!