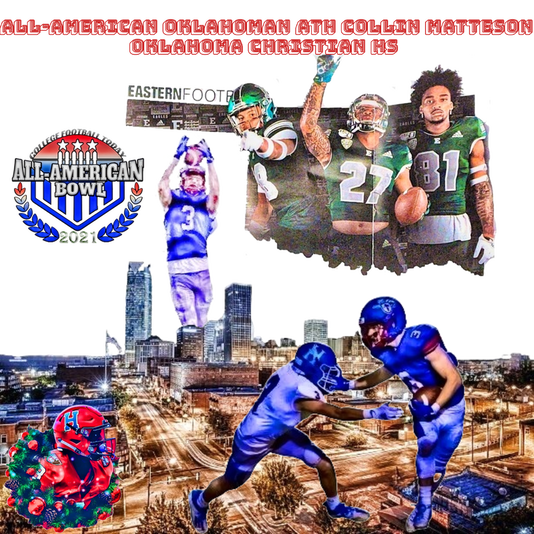 Top 2022 football recruit Collin Matteson is the best HS football player in the State of Oklahoma and is one of the most versatile recruits in the 2022 football recruiting class. Collin also has IVY League approved academics and was recently offered by the prestigious IVY League football program the University of Pennsylvania. Matteson also has the best high school head football coach in the State of Oklahoma & Coach Brooks Stephenson led the Oklahoma Christian football team to a 12-1 record during the 2020 Oklahoma HS football season.

Check out the Top 2022 Football Recruit Collin Matteson's football recruiting profile and see why he is the best 2022 football recruit coming out of the very talented State of Oklahoma!

Read the Scout Trout Elite top 2022 FB recruit scouting report for Collin Matteson and learn more about the best football player in the State of Oklahoma in the 2022 football recruiting class.
When you are measuring a top 2022 football recruit, you have to take all things into consideration and also be able to project what a player could potentially become in the future. Once I evaluated the breakout junior season that Oklahoma Christian's Collin Matteson has had and from observing his play on both sides of the football, I can't say there are too many in the 2022 recruiting class that have Matteson's overall body of work. When I was using Google search for "top 2022 DB recruits", I found him at the very top with the nations elite defensive backs and it came to surprise, because the young man is arguably the best total package football recruit coming out of the mid-west. I received an update early from his Head Coach Brooks Stephenson and his recruitment is gaining massive steam heading into the next NCAA football evaluation period! Click on the image to view top 2022 DB recruits in the nation, which features Top 2022 football recruit Collin Matteson and click HERE to view his Top 2022 ATH recruit profile! You can also simply Google search Top 2022 ATH recruits, as Collin has also proven to the best 2022 football recruit coming out of the Mid-West region of the United States of America. 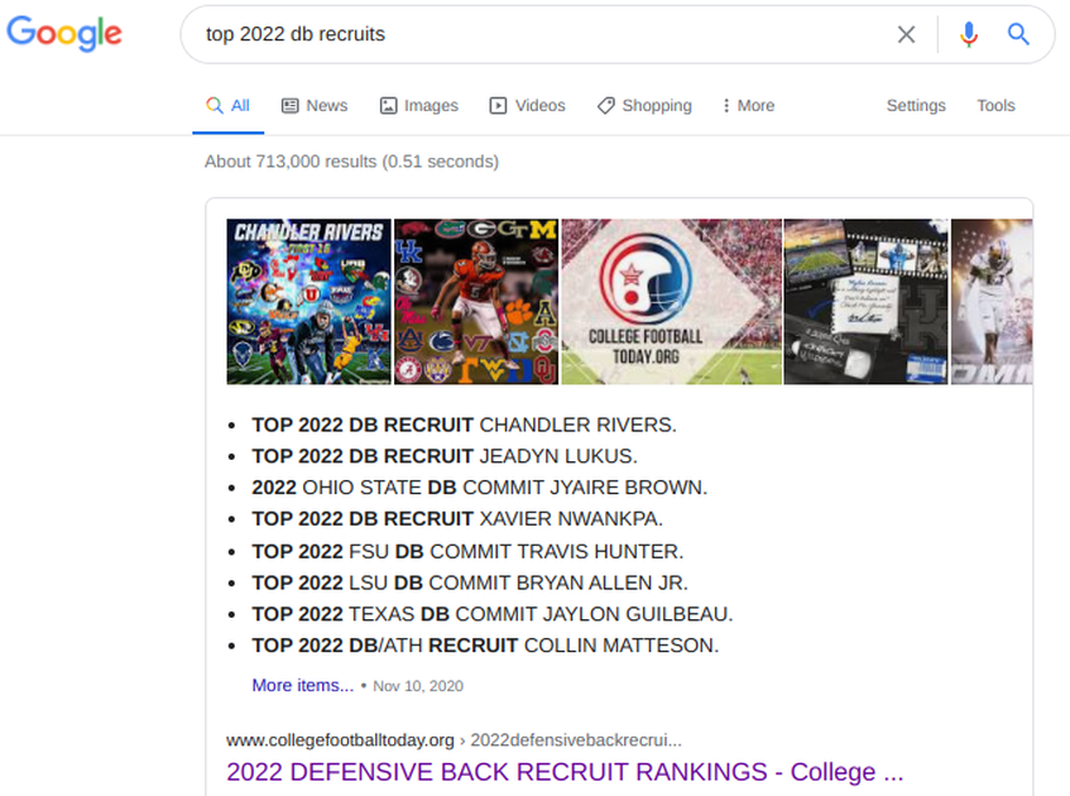 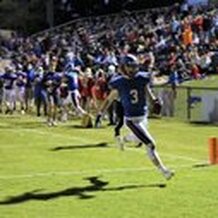 ​In order to fall into the top 2022 ATH recruits scouting database, you must be an all-around football player on both sides of the ball and project well at multiple positions on the gridiron. According to Coach Stephenson, Matteson now has 92 tackles, 7 interceptions and has totaled 14 touchdowns on the 2020 season. In the 2nd round of the Oklahoma HS playoffs, Collin tallied 11 tackles, 2 pass break-up and churned out 237 yards of offense, while finding the end-zone twice on the night. Collin has been highly productive on both sides of the football and projects extremely well as a ball hawking defensive back and/or a slot/APB at the D1 level of College Football Today. His head coaches final comments are quoted below and Matteson is what college coaches covet, when it comes to being the "total package football recruit". Check out Collin's epic 2nd round playoff performance out in Oklahoma below the kind words from his Head Football Coach at Oklahoma Christian! Read scouting notes from 2nd RD playoff game below!
"He's not only a great football player but also an excellent student carrying a 4.14 GPA with zero character issues. We appreciate your help in getting Collin on college radars. He has a handful of Division 1 and several Division 2 schools communicating with him currently and his recruiting is gaining momentum." - Coach Brooks Stephenson Oklahoma Christian School

Top 2022 WR recruit Collin Matteson uses extremely quick hands to beat outside press man coverage and is able to create leverage, as well as momentum in the beginning of his route progression. Most jam techniques are used to not let the receiver beat them to open part of the field or inside, but instead, ride receiving target to the sideline, which Collin obviously does not allow in the film above. Matteson fields the ball very cleanly on kickoff and punt returns, while getting to show off his game speed and ball carrier vision. Oklahoma Christian appeared to be setting a middle-wedge kick return, but the opposing kickoff team had collapsed the wedge and Collin quickly has able to bounce the football to the sidelines for a huge return. He is able to outrun most defenders in Oklahoma at 16 years of age and his speed can be utilized at nearly any skill position at the college football level. As a receiving target, Matteson does a great job at working back to the football to create separation in his routes and does an outstanding job at bending his route progression to the open part of the football field. He easily can beat you over the top and is able to make high pointing catches with his outstanding overall athletics at the wide receiver position. This a receiver I do not recommend playing tightly in press coverage, as you could wind up being on the other side of a Sportscenter Top 10 highlight, with Matteson's quickness and great technique off the line of scrimmage.

Top 2022 DB recruit Collin Matteson is able to read plays very quickly, while adjusting to run or pass using great body weight transitioning. When the quarterback is scrambling and it appears to be a run, Collin can flip his hips and get himself back in the hip pocket of the receiving target to break up passes at their highest point. Read more initial scouting notes on Five Star 2022 ATH recruit Collin Matteson, who had a very high initial S.T.E.P ratings upon entrance into the College Football Today and ESPN Plus 2022 Top 700+ recruit rankings.

​Top 2022 ATH recruit Collin Matteson is a ball hawk over the top free safety, who is able to diagnose plays quickly and jump passes for interceptions or pass break-ups. Matteson is also very physical when coming up into the 8 man box from the safety position and can be witnessed accelerating downhill in the run game, while driving through his opponent with outstanding overall tackling technique and brute strength. Collin is a very gifted 2022 wide receiver recruit and is able to create separation with his outstanding athletics, as well as stellar route running abilities and can be seen chewing up massive yards after the catch.Collin does an excellent job at high pointing the football when going over the top of the defense and also when flying around creating havoc in the defensive backfield. Matteson is able to set defenders up at the start of his route progression and very cunningly is able to change speeds, as well as direction in a flash. When lined up in the backfield, he shows great overall acceleration and is able to quickly locate the cut-back lane, while maneuvering his was through traffic for touchdowns. With some of the best academics I have seen in the 2022 football recruiting class and his brilliant style of play on both sides of the football, Matteson will be one of the fastest rising recruits coming out of the Midwest.

According to his Head Coach, Collin's 2022 football recruiting efforts are heating up as predicted weeks ago in the notes above and I could not be happier for such a deserving top 2022 football recruit. The best HS football player in Oklahoma was selected by College Football Today & ESPN Plus for the High School All-American Bowl in San Antonio, Texas and Collin will be playing for Team North, as one of the Top 2022 WR & DB recruits in the nation!